by BJ
(Sterling VA US)

For years I have felt "odd" around things containing asbestos. After 50 years as a healer I have come to understand a few things about asbestos.

Asbestos is known to be an inclusion in Infinite, Tiger's Eye, Actinolite and Anthophyllite. In all cases it is thought to remove negative energies.

It appears to absorb negative energies, not heal/eliminate them. Now that absorptive tendency is great as long as it is used carefully in a healing session.

Stones can be cleared and rebalanced. Think of asbestos as a spiritual vacuum cleaner. Because asbestos seems to have the ability to suck in dark energies, the dust and dirt of our spiritual floors, it is important to empty the vacuum cleaner frequently!

Popcorn ceilings in older homes are made of vermiculite and asbestos. Older homes have by definition housed people for many years. During all this time, a LOT of negative enrages are absorbed by the asbestos. Imaging all the fights, arguments, negative energies that 'cover' us in the ceilings of such homes?

My children's father lives in such a house. People dislike the energy of the house. Anyone who goes there seems to be transformed into a negative, argumentative being. It took a while for me to understand what was happening. At first I had to rule out my personal emotions. Then I tried cleaning the house for the benefit of visiting children.

There was one spirit that was sent away, yet it was confined to a certain area (now better) but had no affect on the rest of the house. As there are no remaining stuck entities, the negativity had to come from something else. Further prayer and smudging did not work. Year by year the energy became progressively worse.

Once I realized the ceilings were asbestos, it took several years for me to convince the kids' father to have the popcorn ceilings removed. Starting with three upstairs rooms, the removal of the asbestos ceilings began making a huge difference in the energy of the place. Kids mentioned it independently. I certainly could feel it as well. Three more rooms remain for the house to be asbestos free, and the difference is evident in moving from one area to another in the house.

The bottom line is that negative energies seem to be drawn to and absorbed by asbestos. Once there, in the huge quantities of asbestos found in popcorn ceilings, it is too much to clear by traditional means. The offending mineral must be thoroughly abated! Should one choose to DIY, use full protective gear to prevent contact with the asbestos as the dust and fibre are tiny particles and once in your body cannot be expelled! Even though it is expensive, it is preferable to pay the $5-7/sq ft to have it professionally removed and cleared from your property. 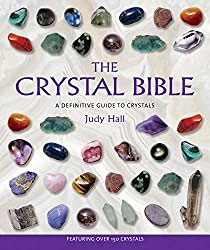 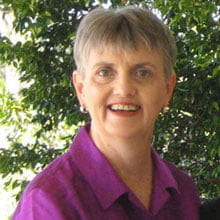 Hi, I'm Liz, the founder and author of articles on this site. Read more here...